VLADIMIR CYBIL CHARLIER
TIME LIFE JUNGLE SERIES
In the early 2000’s, I became intrigued with some of the popular art found in many tourist markets of the Caribbean region. One staple of the genre is known as the “Jungle Scene” which always depicts a colorful, “exotic” forest full of elephants, zebras, lions, exotic birds etc. I became fascinated by the fictional aspect which seems to stem from a collective, ancestral memory: these wild animals exist in Africa and not in the Americas.

Deciding to revisit the genre, I reconstructed them using images taken from my childhood Timelife magazine subscription and, additionally, inserted in each a favorite beaded animal cartoon character that emphasized the fictional and idealized aspect of the pieces, meshing that idealized echo system with the current commercialized, hyper-childhood.

On the other hand, “Paradise Lost,” points to the commercialization of the genre. Painted directly on the walls of the Museo de Arte Moderno of Santo-Domingo, Dominican Republic, at the 2003 biennial, the thousands of colored pencils placed in front of the black and white line drawing on the wall serve a dual function as candles - an altar to the genre, and as invitation to color on a giant scale. 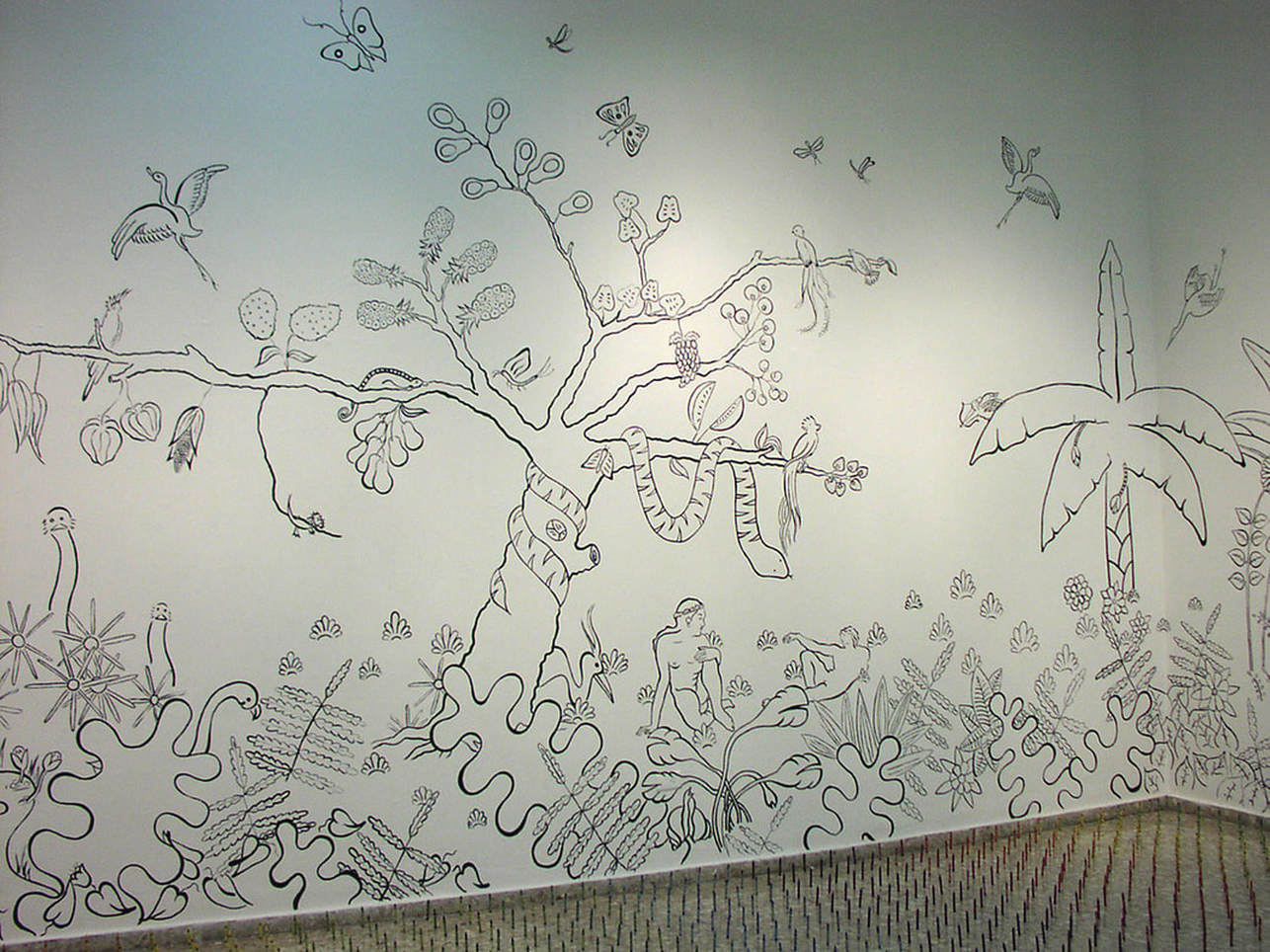 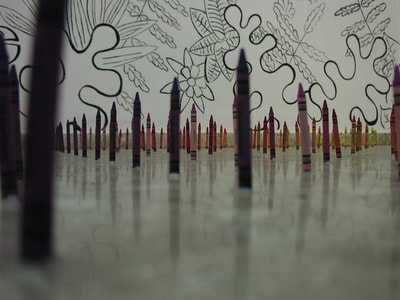 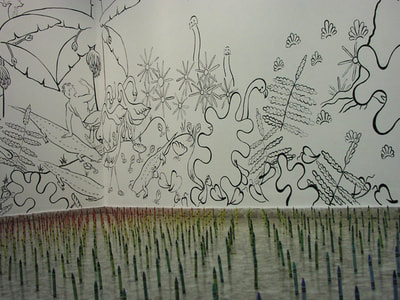 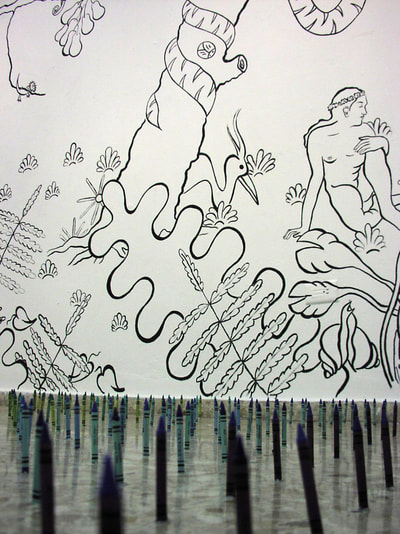